Dogs or cats or...? So, you think you know all about spotted hyenas—the ones known to "laugh"? They're in lots of cartoons and movies, and they're usually in the role of giggly villains. But is that a fair description?

It may look like a dog, but the spotted hyena is more closely related to cats, civets, and genets. Also called the laughing hyena, the spotted hyena is a strong, capable hunter. It is the largest member of the hyena family (other members are the striped hyena, brown hyena, and aardwolf). Female spotted hyenas are a bit larger than the males, but otherwise they look exactly the same.

The spotted hyena may look unusual, at first sight. It has a large head with a long, thick, muscular neck and powerful jaws that give the hyena the strongest bite of any mammal. Its front legs are longer than its back legs, giving the hyena a profile somewhat like that of a wildebeest or bison. The spotted hyena's paws have four toes with non-retractable claws. The short, coarse fur has a yellow or gray tint covered in spots, which differ among individuals. Its ears are more rounded than that of the other hyenas. A short mane of hair along its back stands upright. Its only true predators are lions and humans.

Staying cool: These interesting carnivores live in Africa south of the Sahara Desert. They are able to survive in savannas and swamps, as well as semi-arid regions, and even mountainous forest areas. Rather than resting in dens, adult spotted hyenas sleep in holes or shallow pools or under bushes or scrubs—anywhere they can find shade during the heat of the day. Hyenas use watering holes as places to cool off or to hide extra food. Spotted hyenas can be active both day and night, depending on their needs and whether there are humans around, but they are generally nocturnal.

Lions and hyenas compete over the same food in overlapping territories. Sometimes the hyenas do the work of organizing, chasing down, and killing prey only to have lions steal it. Lions often injure or kill hyenas as they fight over a carcass. Both hyenas and lions mark and establish territories, and both species are always on guard. When confronted by a lion, the spotted hyena calls for help from other hyenas.

In a large group, spotted hyenas are able to chase lions away from a kill. But during a hunt, the hyena's impressive hunting skills come into play. They are able to chase down prey over long distances while running at up to 37 miles per hour (60 kilometers per hour).

Spotted hyenas often pick out the young or weak from the herd, but they can kill even healthy adult ungulates. What they hunt depends on numbers. The bigger the hyena clan, the larger its prey. This can include young rhinos, adult wildebeest, zebras, and Cape buffalo. The hyenas work in a group when hunting such large prey, and young hyenas take years to become successful. Smaller packs chase down gazelles, impalas, warthogs, and waterbucks.

When hunting alone, a spotted hyena may go after smaller prey. Ground birds, rabbits, springhare, bat-eared foxes, porcupines, jackals, and fish can be on the menu. Even ostrich eggs are fair game! Spotted hyenas also scavenge, but they have to compete with jackals and vultures for these leftovers.

A hyena can eat quite a bit at one time. Sometimes, leftovers are buried in a mud hole for a later meal. Spotted hyenas give new meaning to the phrase "lick the platter clean." They eat practically every part of their prey, including skin, hooves, bone, and teeth. Powerful jaws are able to crush bones with ease. Most other predators couldn’t eat those things, even if they tried. There are some items that hyenas can’t digest, such as hair and horns, although they still eat them.

A complex clan: The spotted hyena social system is complex. There can be up to 100 individuals in a clan. Spotted hyenas have a matriarchal society. The females are larger and, on average, much more assertive and aggressive to the males. A low-ranking female’s cubs rank higher than the highest-ranking adult immigrant male! Lower-ranking males are forced to stay on the outskirts of the clan and are only allowed to join during a hunt or a fight against another clan or lions.

Adult females give birth to cubs in isolated dens and later move their cubs to “kindergarten” in communal dens, which are holes previously dug by other wildlife such as aardvarks. Life starts out rough for a young hyena cub. The average litter has two cubs, and the competition between them starts right away. Cubs are born with dark fur, their eyes open, and some teeth already present. They fight over who will be the dominant one and nurse first, sometimes killing their weaker sibling. Mom keeps the cubs in a private den at first to ensure their survival.

At two to six weeks of age, the mother moves the cubs to a den shared by other mothers in the same clan and their young. Although there may be many cubs from different mothers, each mother nurses just her own. How they hunt, how they eat, and how they fight are all determined by rank within the clan. At about two months of age, the cub starts to lose its brown coat and begins to look like the spotted adults. The young continue to nurse until about one to two years old. Females stay with their birth clan, but the males leave upon maturity at around age three, if not sooner. Half of all spotted hyena young die before they reach maturity.

Spotted hyenas have distinctive vocalizations. In fact, they are the most vocal mammals in Africa, with over 11 different sounds recorded. The famous giggle they produce sounds like a human laughing. This “laugh” is used during times of nervous excitement or submission to a dominant hyena. The "whoop" is a call heard for miles and is used to find cubs, advertise territory, or bring the clan together. Spotted hyenas can tell which individual makes the whoop. Groans and squeals are used to greet each other. Other sounds include grunting and growling. Hyenas also use their calls and scent marks to claim their territory.

The way hyenas are depicted—and have been for centuries—is no laughing matter. They are often vilified and misrepresented as foolish and treacherous, even downright vicious and evil. It’s a reputation that these intelligent, resourceful, and efficient creatures do not deserve. Hyenas do not hunt humans, although there are rare reports of killings. Yet some humans shoot hyenas on the spot just because of what they are. The spotted hyena is a clever creature that should bring a chuckle to your heart!

While spotted hyenas are not threatened at the moment, things could change. Drought can have drastic effects on the food chain, from herbivores to carnivores. Conflict between humans and hyenas is also common whenever the two are competing for resources. Deforestation brings people and hyenas into closer quarters, and hyenas that prey on livestock are not likely to be treated like good neighbors. Spotted hyenas are still shot, poisoned, and trapped, even in protected areas of their range. Some are even shot as target practice. Education is needed to dispel the poor public perceptions of this useful carnivore.

Number of young at birth: usually 2

What a mouthful! Hyenas can eat one-third of their body weight at one meal.

Spotted hyenas can digest things that most other animals cannot, like skin and bone. Special acids in their stomach break down these rare delicacies.

Hyena fossils have been found in North America, Europe, Asia, and Africa. But for the last 8,000 years, the spotted hyena has lived only in Africa.

The spotted hyena’s rounded ears help distinguish it from the striped and brown hyena.

Although their behavior and appearance are like dogs, hyenas are more closely related to cats.

A spotted hyena mother’s milk has the highest protein content of any land carnivore. 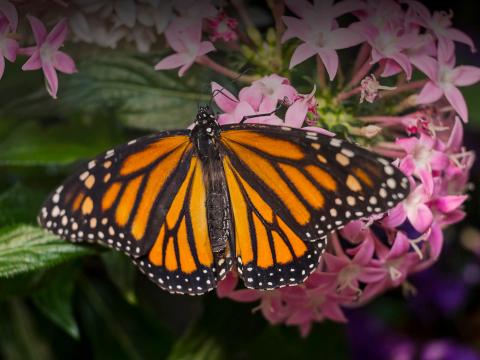 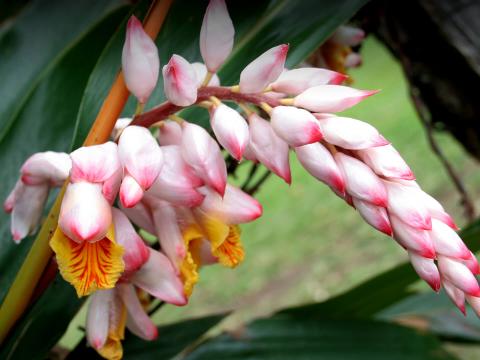 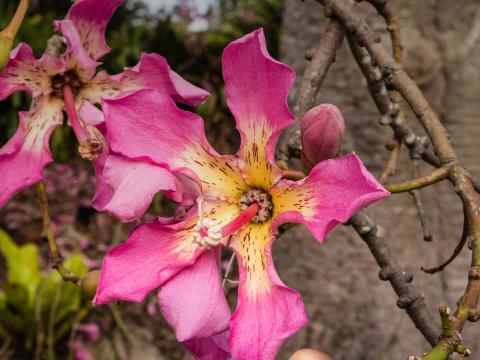 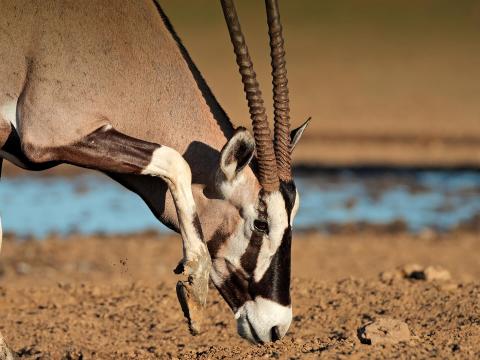