Yuccas grow in deserts, prairies, dry woodlands, and scrub in North America, as far north as Alberta, Canada and as far south as Guatemala. They are particularly common in landscapes of the American Southwest and Mexico.

The relationship between yuccas and certain moths is a clever and mutually beneficial one. The moths get a safe place to lay their eggs and feed their larvae, while the plants get pollinated to produce another generation. Each species of yucca has a moth partner, a species of Tegeticula or Parategeticula moth. The moths emerge from their cocoons in spring, at the same time that a yucca flowers, and they gather on yucca blossoms to mate at night. Then the female scrapes yucca pollen into a lump and takes it to a different yucca plant, where she lays a few eggs inside the yucca's ovary. On her way out, she methodically rubs the plant's stigma with the pollen she gathered from the first yucca, ensuring that the flower is pollinated. As the yucca seeds mature, the developing moth larvae feed on the nearest ones, but they don't eat them all. Eventually, the seedpod bursts open, releasing the many remaining seeds, and the larvae drop to the ground, where they bury themselves and make cocoons.

Agaves and yuccas belong to the same family (Agavaceae), and they share many of the same characteristics. Both form rosettes of long, narrow, sharply pointed leaves, but yucca leaves are narrower and thinner than agave leaves.

Most yucca plants flower several times over their lifetime, bearing groups of flowers on an erect spike. Flowers are typically large, white, fleshy, and rather waxy.

Many species grow in a single rosette at ground level, but many yuccas grow a tall, trunk-like stem with a rosette at the top. Some, like the Joshua tree Y. brevifolia, grow tree-like, with branches that bear a rosette of leaves at each tip.

Today, in addition to its popularity as a landscaping plant, yucca is an ingredient used in some livestock and poultry feeds.

Several yucca species are protected in the states in which they occur. One species endemic to Mexico, Y. queretaroensis, is listed under CITES Appendix II, which restricts international trade in this rare, endangered plant. In Canada, Y. glauca and its pollinator moth Tegeticula yuccasella are both protected species.

Yuccas make striking ornamental landscaping plants for sunny locations, particularly in regions that are hot and dry. They are drought-tolerant, and many species and cultivars are available in nurseries.

Yuccas are pollinated at night, by moths.

Yucca is used in some livestock feeds because it lowers the ammonia content of animal waste.

Some yuccas are known by the name "soapweed" or "soaptree," because their roots are high in chemicals called saponins, which mix with water to create a sudsy foam. Some Native American groups made foam from yuccas for ceremonial cleansing. 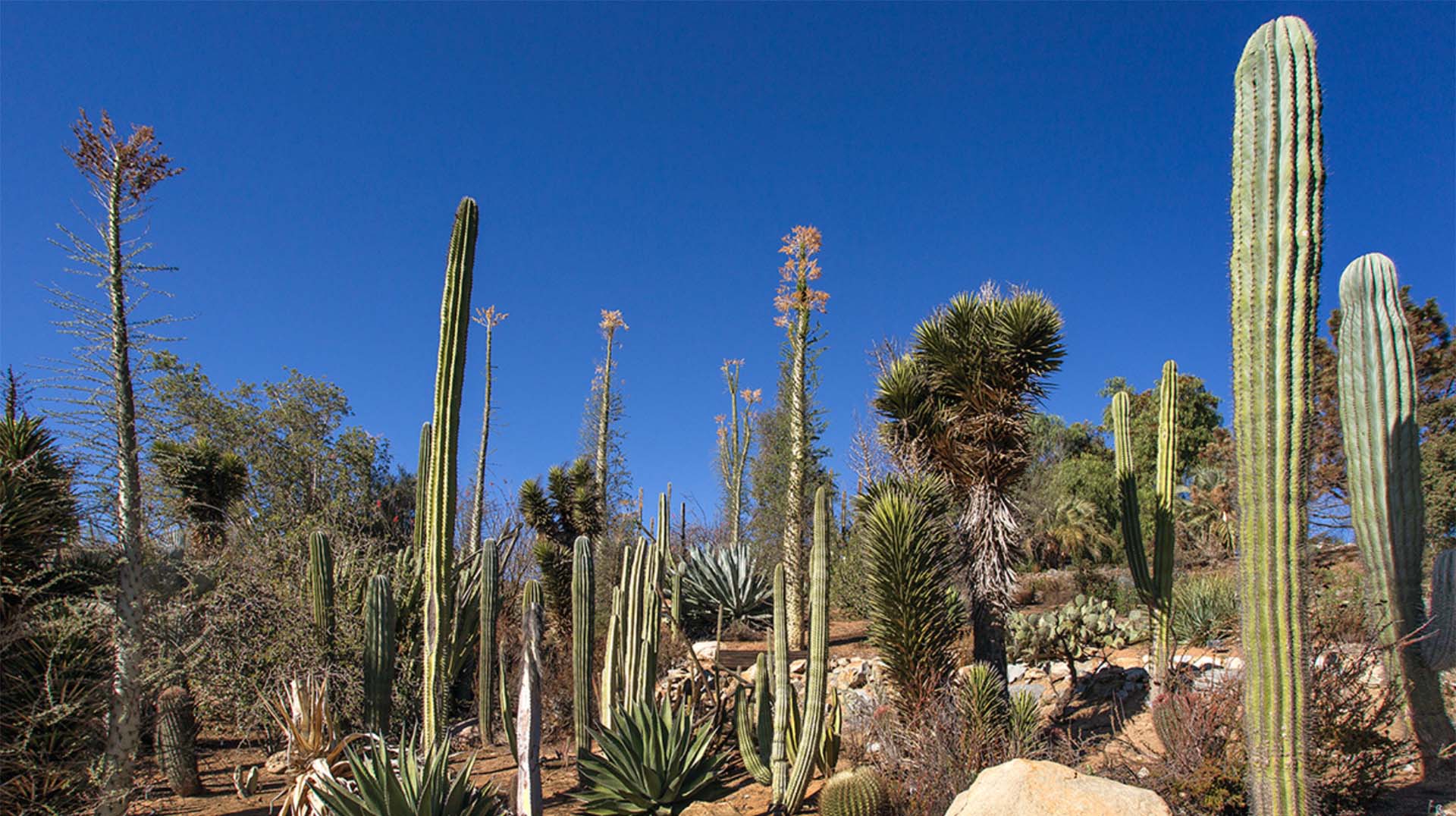 The Safari Park's Baja Garden is home to the largest collection of plants from Baja California outside Mexico...