Brains before beauty: Warthogs may not be the most beautiful or graceful creatures in the Animal Kingdom. But they are remarkable for their strength, intelligence, and flexibility! Unlike many of their African counterparts, they are not endangered. This is because they are so skilled at adapting to new threats. For example, most warthogs like to forage during the light of the morning and early evening. But if they live in an area where people hunt them, they switch to foraging at night.

Lions, cheetahs, leopards, painted dogs, hyenas, and eagles all like to snack on a warthog when they get a chance. Warthogs have longer legs than other swine. This allows them to run away from these potential predators, reaching speeds of up to 34 miles (55 kilometers) per hour. When humans get out of bed, they often stumble along, rubbing their eyes to wake up. Warthogs don’t have the luxury of waking up slowly. When they leave their burrow, they must dash out at top speed in case any predators are waiting for them!

It's not easy to catch them. Besides being good at dodging and running, warthogs are not afraid to fight. They use their sharp lower canine teeth (which look like straight tusks) as weapons while squealing at the top of their lungs! When they walk, their tail hangs down, but when they run, their tail sticks up, with the bushy tip hanging down. This may serve as a warning to other warthogs if danger is near.

Home, sweet aardvark hole: Warthogs live in Africa's southern Sudan and southwestern Ethiopia, in savanna woodland and grasslands—and they are not picky about their homes. Instead of digging their own burrows, they find abandoned aardvark holes or natural burrows for homes. This is where they raise their young, sleep, and hide from predators. They usually back into the burrow, so they can use their sharp tusks to scare off any animal that bothers them. Burrows also protect them from temperature extremes. It may be hot at high noon or freezing in the middle of the night above ground, but the warthog remains comfy in its burrow.

Like most swine, warthogs are not picky eaters. They’ll gobble up grass, roots, berries, tree bark, and even dead animals! As you might suspect when you look at their big snout, warthogs are good sniffers. It’s easy for them to smell things underground that they might want to eat. Warthogs often kneel down on their front legs and use their muscular snout to dig up dinner. They even shuffle along in the kneeling position if there are plenty of tasty things in the area.

Snorts and squeals: Warthog females, called sows, are much more social than the males, called boars. They stay in groups of up to 40 with their young, called piglets. The sows communicate with all sorts of grunts, chirrups, growls, snorts, and squeals. These vocalizations can be greetings, threats, and warnings, among other things. The sows also like to rest close together and will even groom each other.

Boars have the most obvious “warts.” At mating time, the reason for these thick skin growths becomes obvious. The boars push and ram each other with their heads and their blunt upper tusks to see which is the most powerful. The warts act as pads to cushion the blows, so they rarely injure each other. The boars also scent mark trees and rocks as high as they can, to show other boars how large they are. Their scent glands are in their lips and in pouches under the eyes.

When one of the boars gives up, the other boar gets to mate with the sows. Then the boars go back to their solitary life until the next mating season.

After a boar fends off rivals, he must impress a potential sow. He does this by strutting sideways. After breeding, the pair go their separate ways to look for more breeding partners. A sow ready to give birth may look for a burrow or dig one herself, lining it with leaves and grasses. One to eight piglets are born, with a litter size of two or three being most common. The piglets stay in a burrow that may be shared by piglets from another sow. The youngsters start to venture out of the burrow in about ten days and are weaned when about three months old.

Although the boars are mature by 20 months, they usually don’t get to mate until they’re about 4 years old. At that point, they’re strong and experienced enough to win one of the mating battles.

Warthog populations are stable in the wilderness for now. Many populations live in protected areas. By supporting San Diego Zoo Wildlife Alliance, you are our ally in saving and protecting wildlife worldwide.

A warthog’s “warts” are not really warts, but just thick growths of skin. Even though the growths stick out, they don’t have any bones or cartilage.

When a male warthog wants to attract a female, he does a courtship “chant” of rhythmic grunts that sounds like an engine in need of a tune-up. 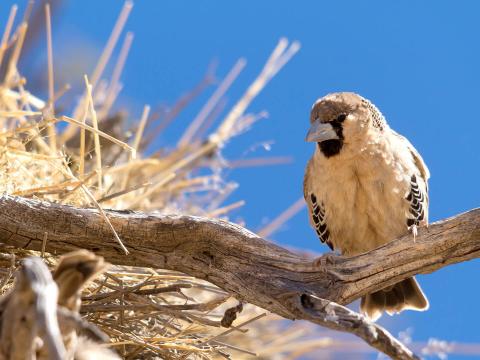 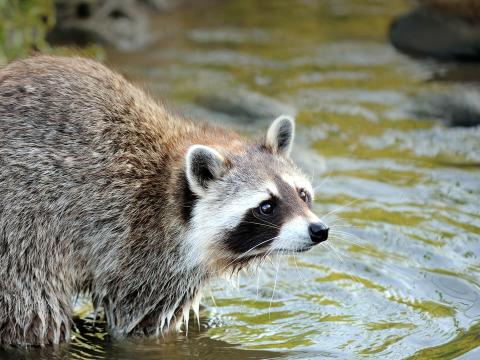