What's in a name? Mountain lion, puma, cougar, panther—this cat is known by more names than just about any other mammal! But no matter what you call it, it’s still the same cat, Puma concolor, the largest of the "small cats." So how did it get so many names? Mostly because it has such a large range, and people from different countries have called it different things.

Early Spanish explorers of North and South America called it leon (lion) and gato monte (cat of the mountain), from which we get the name "mountain lion." “Puma” is the name the Incas gave this cat in their language. “Cougar” seems to have come from an old South American Indian word, cuguacuarana, which was shortened to "cuguar" and then spelled differently. And “panther” is a general term for cats that have solid-colored coats, so it was used for black pumas as well as black jaguars and black leopards. All of these names are considered correct, but in Southern California they are commonly called mountain lions.

You may have heard of the Florida panther. This is a subspecies of mountain lion that used to be found from Texas throughout the southeast but is now found only in southern Florida’s swamps. It is endangered, with only about 50 cats left, and conservation efforts are underway to try to save it.

Mountain lions are generally a solid tawny color, with slightly darker hair on the back and a whitish underside. Those living in warm, humid areas tend to be a darker, reddish brown color, and mountain lions found in colder climates have thicker, longer hair that is almost silver-gray in color. Adult males weigh 40 to 60 percent more than adult females. Scientists classify the mountain lion as a small cat, as it does not roar, but purrs like smaller cats do. Its slender body and calm demeanor are more like that of a cheetah; both cats would rather flee than fight, and both rarely confront humans.

With the exception of humans, the mountain lion has the largest range of any terrestrial mammal in the Western hemisphere, from northern British Columbia to Argentina. They live in a variety of habitats, at home in forests, prairies, deserts, and swamps—they are very adaptable cats! Mountain lions are solitary, except during breeding or when a mother is caring for her cubs. But that doesn’t mean they don’t have any contact with one another.

The cats live in home ranges that vary in size from 30 to 125 square miles (7,770 to 32,375 hectares). These ranges overlap, so the cats share some parts. The home range of males tends to be largest and overlap the smaller ranges of several females. Mountain lions find shelter to rest or get away from bad weather in thick brush, rocky crevices, or caves, which might be anywhere in their home range.

The cats may actually see each other once in a while, but mostly they leave "messages," with feces, urine, scratched logs, or marks they scrape out in the dirt or snow. Mountain lions can also growl, hiss, mew, yowl, squeak, spit, and purr to get their message across with other cats, and they are known for a short, high-pitched scream and a whistle-like call.

Mountain lions are powerfully built, with large paws and sharp claws. Their hind legs are larger and more muscular than their front legs, which gives them great jumping power. They can run fast and have a flexible spine like a cheetah’s to help them maneuver around obstacles and change direction quickly.

Even so, mountain lions are mostly ambush hunters, launching at prey to knock it off balance. They have especially keen eyesight, and they usually find prey by seeing it move. These cats may be on the prowl during the day or at night, but they are most active at dusk and dawn.

Mountain lions hunt over a large area, and it can take a week for one to travel all the way around its home range. They eat a variety of prey depending on where they live, including deer, pigs, capybaras, raccoons, armadillos, hares, and squirrels. Some larger cats even bring down prey as big as an elk or a moose. But hunting large prey brings risk, and many mountain lions suffer life-threatening injuries received from a hunt, especially from a prey’s sharp horns, antlers, or hooves. Mountain lions often bury part of their kill to save for a later meal, hiding the food with leaves, grass, dirt, or even snow, depending on the habitat and time of year.

Spotted youngsters: A female ready to breed alerts any males in the area by calling and rubbing her scent on rocks and trees. A male may stay with the female for several days before looking for his next “girlfriend.” The expectant mother sets up a den where she gives birth to one to six cubs. The newborns have spots, which may help them blend in with grass, brush, and dappled sunlight. The mother nurses them for three months or so, but they can eat meat at about six weeks of age. At six months old, their spots begin to fade, and they learn to hunt. They continue to live with the mother until 12 to 18 months.

As more people have moved into the mountain lion's territory, the number of encounters with these cats has increased. This is often "big news" and frightens people. But overall, meeting a mountain lion is an unlikely event. The cats don’t want to confront humans, and they do their best to avoid us. You can avoid them, too, by not hiking alone, or at dusk and dawn when mountain lions are hunting. Make noise as you hike, and don’t leave food out around a cabin or campsite, especially at night. If you do happen across a mountain lion, never approach it—always give it a way to escape.

When Europeans first settled North America, mountain lions lived from coast to coast. But the cats soon came to be viewed as varmints—killers of livestock. By the 1940s, many states, including California, placed a bounty on mountain lions, paying $25 for a male pelt and $35 for a female pelt. Due in major part to the bounty system, the cats are now confined to the West, except for a small population in Florida. Some people continue to shoot them on sight, or trap or poison them.

Mountain lions have an essential role to play in their ecosystems. They are one of the top predators, and without them, populations of deer and herbivores would become unhealthy and too large for the habitat. It’s true that mountain lions can be dangerous, and problem cats should be reported to local animal control agencies. But people like to live and play in or near natural habitats, so we need to understand and respect the wildlife that lives there. If we take responsibility for our own actions, pets, livestock, and property, we can learn to live with mountain lions and appreciate their power and grace.

While the global extent of the mountain lion population is fairly secure, these cats are critically endangered in California, where they are noted as a species of special concern.

A male mountain lion in the care of humans has a median life expectancy of about 13 years. Females tend to live longer: median lifespan is about 16 years.

Mountain lions can jump 18 feet (5.5 meters) from the ground into a tree, and they have been known to jump 20 feet (6.1 meters) up or down a hillside. That’s the height of many two-story buildings.

Mountain lions are good swimmers, but they’d rather not get in the water because they don’t seem to like being wet.

Even though we hear it a lot in movies and on TV, mountain lions don’t make that "wild cat scream" very often. More common vocalizations are whistles, squeaks, growls, purrs, hisses, and yowls.

Some mountain lions eat porcupines—quills and all—apparently without harm to themselves.

Mountain lions are the stealthiest of cats, hunting prey two to three times their own size.

With the exception of humans, the mountain lion has the largest range of any terrestrial mammal in the Western Hemisphere, from northern British Columbia to Argentina. 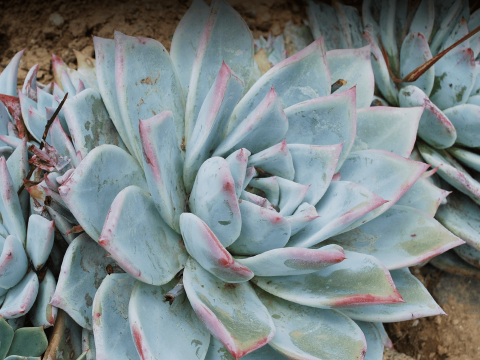 Alula, Cabbage on a Stick