Stretching to heights of 30 to 40 feet (9 to 12 meters), the candelabra tree Euphorbia ingens of southern Africa bears little resemblance to the diminutive smallseed sandmat E. polycarpa of California—at least, not at first glance. But these are just two of more than 2,000 species in the genus Euphorbia. One of the largest genera in the plant kingdom, Euphorbia is also one of the most diverse, with species that grow in a wide range of shapes, textures, and sizes. Some are leafy shrubs, others are annual or perennial herbs, and some are succulents. Africa, Madagascar, and the Americas have the most species of native euphorbias, but there are species in Australia and Asia, too.

Different though they may be, all euphorbias share some important characteristics. First, they all secrete milky, caustic, latex sap when injured—an adaptation that likely evolved to discourage predators. Some compounds in the sap are toxic—and irritating to skin, eyes, and mucous membranes.

A unique flower structure is the second characteristics that euphorbias share. Flowers grow in a cyathium, a structure found nowhere else in the plant kingdom. A cyathium consists of fused bracts that form a small cup and hold a group of tiny flowers. Individual flowers have no petals or sepals. Each flower is either male or female. A male flower is nothing more than a single stamen. A female flower consists of a single pistil. Sometimes the rim of the cyathium bears one or more nectar glands that attract pollinators. Cyathia differ widely among species, and often grow in clusters. Flowering time is early spring through summer. When a seed capsule is ripe, it splits open and flings out up to three seeds.

Beyond those characteristics, there’s not much more that universally describes the plants in this diverse genus. Various species grow as herbs, shrubs, or trees. Some are herbaceous, while others are woody. Still others are succulents that have thick, photosynthetic stems and resemble cactuses (which are a completely different family of flowering plants). Some succulent species have prickles or spines, and their leaves may be drought-deciduous or very reduced. Some grow tall, and others grow prostrate. In some species—like the poinsettia E. pulcherrima—leaves around the cyathiua (called cyathophylls) take on a flower-like appearance.

Some euphorbias do best in sun, others in shade, and many are drought tolerant. With 2,000 species to choose from, there’s sure to be one for your garden—if you can plant it away from pets and small children and remember to avoid the milky sap. (Wear gloves, long sleeves, and eye protection when trimming your euphorbia.)

For many of us in North America, our most frequently encountered euphorbias are the poinsettias that pop up in stores around the winter holidays. Look in the center of the bright red (or sometimes pale pink, or white) petal-like leaves to see a cluster of short green stalks bearing cyathia. Each cyathium holds tiny yellow and red flowers, and you may spot the yellow-lipped openings of nectar glands that grow from the rims of cyathia. In its native Mexico, a poinsettia is a flowering shrub that grows up to 10 feet tall. Intolerant of the cold, in northern climates it is grown almost exclusively indoors and in commercial greenhouses.

Hard candelilla wax, which comes from the candelilla E. cerifera or E. antisyphilitica of Mexico, is used in the manufacturing of cosmetics, dyes, adhesives, coatings, and polishes. Some euphorbias have been used in folk medicine—though we don’t recommend ingesting these toxic plants. The latex of some species has been used to stun fish in ponds—again, definitely not recommended.

The International Union for Conservation of Nature (IUCN) evaluates the conservation status of plant and animal species, with the particular goal of identifying species at risk of extinction. The results are published in the IUCN Red List of Threatened Species. The IUCN has assessed six euphorbia species. Three species are Critically Endangered: E. pachypodioides, E. razafindratsirae, and E. cap-saintemariensis. One species is Endangered: E. robivelonae. Two species are Vulnerable: E. cedrorum and E. platyclada. All six are endemic to Madagascar.

Some international agreements aim to ensure the conservation of plants and animals. One of the most far-reaching of these agreements is the Convention on International Trade in Endangered Species of Wild Fauna and Flora (CITES). CITES guides international trade in specimens of wild animals and plants. For participating countries, CITES guidelines are legally binding. These governments have agreed not to allow trade in species listed on CITES Appendices, except in accordance with the provisions of CITES.

CITES Appendix 1 is a list of species that are threatened with extinction related to trade. Trade in these species is permitted only in exceptional circumstances. This list includes 10 euphorbia species, all from Madagascar. CITES Appendix 2 lists species that are not currently threatened with extinction, but that may become so without trade controls. It also includes species that resemble other, more endangered species. This list includes nearly 700 species of euphorbias.

Adapted to many different niches, euphorbias in the San Diego Zoo Safari Park's Old World Garden give a good idea of the range of shapes and sizes that various species display.

This euphorbia’s common name comes from its appearance: plump bumps on the branches look like kernels of corn. The short but deeply ribbed stems grow in dense clusters, which helps ease the brunt of the searing heat in its native habitat of the Cape Province in South Africa.

These succulent euphorbias do indeed look like candelabras. Native to southern Africa, this plant’s spines and stinging sap are its defense. Across their range, people plant candelabra trees close to one another. As the plants’ arms grow and intertwine, they form a sort of living fence.

Multiple, snakelike branches grow from a central point, reaching, twisting, and sprawling. The long, bumpy stems even have the scaly look of a snake; it’s no wonder the plant’s common name draws on the appearance of the mythical snake-haired monster. Horticulturists have created some interesting hybrids of this species that look a bit like sea stars and octopuses.

This plant’s color depends on its location: green when growing in shade, silver when in full sun. Native to central Madagascar and the Mozambique Channel Islands, this spiny succulent generally measures 6 feet (1.9 meters) tall, with some specimens stretching twice that height.

The term cyathium comes from the Greek for “little cup.”

The poinsettia is a subtropical plant native to Mexico. It was named after Joel Roberts Poinsett, the first US ambassador to Mexico, who introduced these plants to North America in the early 1800s.

DON’T TRY THIS AT HOME

This group of plants was named by King Juba II of Mauritania around 12 BC. He named it after his physician Euphorbus, who reportedly used the latex sap from one species in some of his medicinal potions. Much later, botanist and taxonomist Carl Linnaeus assigned the name Euphorbia to the entire genus.

The euphorbia’s common name "spurge" comes from The Latin expurgare, with means “to purge,” because some species have been traditionally used as a purgative or laxative. Again, don’t try this at home. 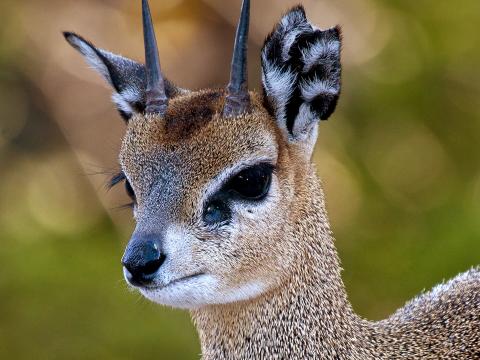 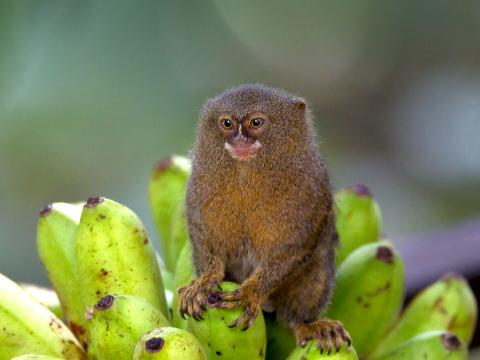