Legless amphibians. Caecilians (pronounced seh-SILL-yens) are tropical amphibians that look like large worms or slick snakes. They have no arms or legs, and sometimes it’s hard to tell which end is the head and which is the tail! Their shiny skin is ringed with skin folds called annuli. Caecilians usually come in shades of gray, brown, black, orange, or yellow. Some have tiny, fishlike scales within the rings.

At home in dirt or water. Most caecilians are burrowers, living in a network of tunnels underground. A hard, thick, pointy skull helps these amphibians dig in soft dirt. Because of their underground lifestyle, caecilians have little need to see or hear. So, their eyes are tiny in some or hidden under the skin or skull in others, making just gray bumps for eyes.

Some South American caecilians spend their lives in water instead of on land. Caecilians don’t have ear openings, so it is doubtful they can hear sounds the way we do. Scientists have found that an organ in their ear picks up vibrations from the ground to help them detect predators and prey. Caecilians also use their sensitive tentacles. These are between the nostrils and the eyes and help caecilians find food or their way around.

They get around. Ranging from Central Africa, Southeast Asia, and southern Mexico to Argentina, these unusual creatures prefer loose soil and leaf litter in tropical forests or near rivers and streams.

Sharp in the tooth. They may look soft on the outside, but inside a caecilian’s mouth are dozens of needle-sharp teeth. The teeth can grab worms, termites, beetle pupae, mollusks, small snakes, frogs, lizards, and even other caecilians! All food is swallowed whole. Caecilians have toxic glands in their skin that sometimes protect them from being eaten by other wildlife.

Oh, baby! Like salamanders, caecilians produce young in two different ways, depending on the species. Some female caecilians lay eggs in damp holes near water. When the larvae hatch, they have gills and a short, finned tail to help them swim in the water as they feed on plankton. Through a series of changes, a single lung replaces their gills. Their skin becomes thicker, the annuli develop, and sensory tentacles appear. At this point, the newly developed adult moves to the land and goes underground.

Some give birth to live young that are fully developed inside the mother before they are born.

Still a mystery to me! Imagine—there are over 120 species of caecilians, some as long as we are, that number in the millions on at least 4 continents. And almost no one knows they’re there, let alone ever sees one! That’s probably why almost nothing is known of caecilians’ habits and lifestyle. We still have much to learn about this unusual amphibian!

Habitat loss threatens many caecilians. And they are often confused with snakes in some areas and killed on the spot. The Basilan Island caecilian Ichthyophis glandulosus is endangered.

Up to 13 years in zoos; unknown in the wild

Weight: Up to 2.2 pounds (1 kilogram) depending upon the species

Caecilians are the only amphibians to have tentacles.

They get their name from the Latin for blind or hidden, “caecus.” This is apt, as many caecilians have no eyes and all live underground.

Some caecilians are born with short, blunt teeth, used peel off the outer layer of the mother’s thick skin for food. This behavior is called dermatotrophy. 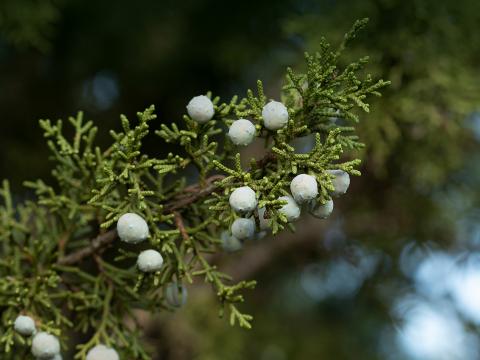 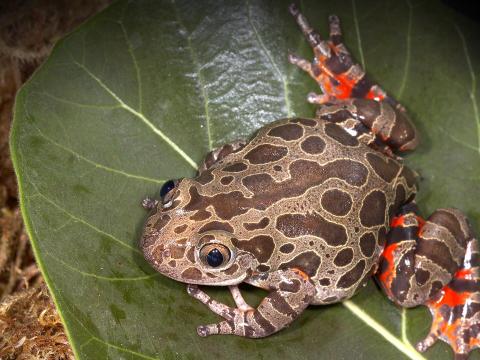