Shrouded in mystery, and defying typical biological laws like metamorphosis, the axolotl (pronounced AX-oh-lot-ul), a type of salamander, keeps its webbed feet firmly placed in infancy throughout its life.

Unlike other salamanders, axolotls are neotenic, meaning they keep juvenile characteristics into adulthood. The axolotl remains aquatic (like larvae) their entire life. Though it develops functional lungs, it uses its fancy, feathery gills to breathe underwater. Like youngsters, they retain external gills, a tail, and a body fin, and lack moveable eyelids.

Naturally occurring  in Lake Xochimilco and Lake Chalco in the southern Mexico City neighborhood of Xochimilco, these fascinating creatures are rarely seen in person.

Descended from the tiger salamander, the axolotl is “young", having inhabited central Mexico for only about the last 10,000 years, according to some experts. Indigenous to these two spring-fed lakes along the southern edge of the Basin of Mexico, much of its suitable habitat has been drained. The Xochimilco-Chalco basin, once about 77 square miles (200 square kilometers) of marshes, swamps, and lagoons, was significantly reduced 85 years ago when drainage projects were completed.

The axolotl is charismatic and steeped in Mexican history, culture, and identity.

That said, little information exists  about the ecology of axolotl populations. This situation is surprising, given the popularity of the axolotl for scientific study. However, their small and generally inaccessible populations make it difficult to obtain information about their behavior.

What is known about axolotls has been obtained from laboratory colonies.

Salamander superpowers.  Axolotls are dark-colored and can shift their hue a few shades lighter or darker as needed for camouflage! Pink and light-colored axolotls are bred by humans as pets for their “pleasing” shades.

They are also used in laboratories to study another superpower: regenerating their limbs, lungs, heart, jaws, spines, and even parts of their brain! Scientists have found that axolotls can regrow a new limb five times perfectly, in a few weeks—without even a scar. Every tissue is replaced: skin, bone, cartilage, muscle, and stem cells. Other organs can regenerate countless times and be completely functional. Naturally, scientists would like to harness that ability and apply it to human medicine.

It is said that this axolotls are over 1,000 times more resistant to cancer than mammals—another superpower worth investigating.

Baby face.  An axolotl can reach 18 inches in length, but nowadays grows to about 9 inches. Axolotls are dark-colored with greenish mottling; some may have silvery highlights on the skin. It has a broad, flat body with a large head donning its signature feathery gills waving gently in the water. Its mouth is often bent into a slight grin or is otherwise expressive. Round, dark eyes with yellow, iridescent irises take in its murky environment. It has lizard-like limbs that carry it along the lake bottom. It weighs about as much as a can of soup. In a pinch, the axolotl can move an astonishing 10 miles per hour (15 kilometers per hour).

Lake view.  The axolotl is lentic, meaning it inhabits still-water lakes. They occur in only two: Mexico’s Lake Xochimilco and Lake Chalco, where they are Critically Endangered due to pollution, habitat degradation, and water diversion from an ever-growing human population.

Conservationists are trying to help the axolotl by building “shelters” in Xochimilico, with stacks of rocks and reedy plants to help filter clean water that is pumped in. It is hoped that these amazing creatures will breed and thrive.

A Day in the life.  Despite their infantile charm and undeveloped teeth, axolotls are effective predators, inhaling worms, mollusks, crustaceans, insect larvae, and even small fish! During the day, they burrow into the aquatic vegetation and mud to avoid being eaten, and at night they become animated…and hungry. While they use their gills to breathe underwater, they may pop up to the surface for a quick gulp of air from time to time.

Diet.  Feeding them in human care is another matter. Do the axolotls benefit from a varied diet or eating the same thing day after day? One recent study compared three different diets: bloodworm (invariant); Daphnia (a small aquatic crustacean) (invariant); and a mixture of these two prey items. The juvenile axolotls grew fastest on the bloodworm diet and slowest on the Daphnia diet, with a mixed diet resulting in intermediate growth rates. Thus, a mixed diet, as humans might prefer, may not be beneficial to the growth or welfare of axolotls as compared with a proper, high-quality, invariant diet.

Hoover dining.  Using a suction technique, the axolotl consumes worms, tadpoles, insects, and small fish. Gravel may also get inhaled, which helps grind up food in its belly (just as birds use grit to break down food for digestion).

Stay safe.  The axolotl has few predators in the wilderness, though they may be taken by storks and herons, as well as large fish (carp and tilapia), on occasion. Their biggest threat is urbanization and pollution of the freshwater lakes and ponds they inhabit. Predation from introduced fish and large birds, as well as over-collecting them for food and medicine also contributes to their persistent decline.

Waltz with me.  Axolotls reach sexual maturity by six months of age, followed by a breeding season between March and June, when water temperatures and levels are more temperate.

A waltz between a male and female initiates mating. They rub and slide against the other’s cloaca while twirling in a circular fashion. After about 30 seconds of vigorous tail waving, the male drops a “cone-shaped mass with a sperm cap.”

The female collects the cone  with her cloaca after her own tail-shaking display, and the fertilization of her 300 to 1,000 eggs begins. She lays her eggs individually, placed on plants or rocks to avoid predators. Two weeks later, the eggs hatch and the youngsters are off and running…well, swimming. There is no parental care, so they figure it out as they go.

Axolotls live in two freshwater lakes  in the middle of the largest city in the world: Mexico City. Growing human populations compete for this freshwater resource, and pollution also contributes to this salamander’s decline.

To staunch the drop in numbers, conservationists are trying to help the axolotl by building “shelters” in Xochimilico with stacks of rocks and reedy plants to help filter clean water that is pumped in.

The word “axolotl” comes from the Nahuatl language of the Aztecs, and means “water dog.” Its mythological connection is to Xolotl, the god of fire, lightning, deformities, and death.

The Spanish word for axolotl is ajolote, but is used colloquially in Mexico to encompass all forms of salamander. It is also called the Mexican walking fish (though it is not a fish at all).

Though critically endangered in the wilderness, they are also taken as pets and live in laboratories around the world.

While the axolotl retains larval characteristics into adulthood, it can be prompted into metamorphosis in a laboratory setting with the injection of hormones.

Alula, Cabbage on a Stick 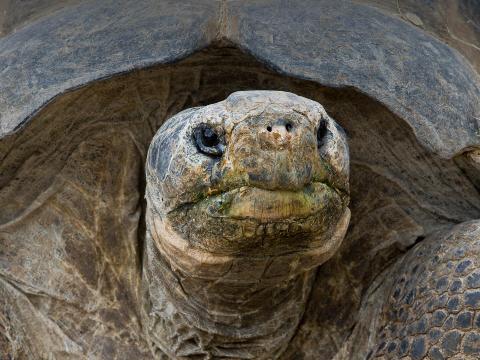