The leaf structure is called a frond, composed of a stalk and leaf blades

Rhizomes and young fronds are covered with protective, hairlike scales

Reproduces with spores instead of seeds, which form in bundles under the leaves

Most species live in wet climates and require water to reproduce

Ferns are an ancient group of plants that have lived on Earth for more than 300 million years; they were flourishing well before the dinosaurs appeared. Because ferns reproduce with barely visible, dust-like spores, they were a great mystery to people for centuries—without flowers or seeds, their reproductive process was hidden, leading to the belief that fern seeds were invisible. In the Middle Ages, people thought that if they could manage to collect fern seeds, they could become invisible themselves, see into the future, and stay young forever. Shakespeare refers to this folklore in Henry IV: “we have the receipt of fern seed; we walk invisible.”

There are 10,400 known species of true ferns. They are commonly found in wet climates, with about 70 percent of species living in tropical regions, and most of the rest in temperate zones—although a hardy few actually live in the desert or the Arctic. Ferns come in a wide variety of shapes, textures, colors, and sizes. Some tree ferns can reach heights of more than 40 feet tall, while tiny aquatic ferns may only measure a few inches. Humans have used ferns for fertilizer, medicine, food, and decoration. In their native habitats, ferns serve an important purpose in stabilizing soil and preventing erosion, and they can thrive in places where many other plants won’t do well.

Ferns are so different from flowering plants that a different terminology is used to describe them. The part of ferns we see most is called the frond, which has two main parts: the stipe (similar to the stalk in other plants) and the blade (the leafy portion). The blade may be solid or divided into various numbers and arrangements of leaflets, which is one way to identify different species.

Instead of stems, ferns have rhizomes, which are often small and inconspicuous or even mostly underground—people sometimes confuse them with roots. In some species, the rhizomes spread out in a network to support the plant. Tree ferns, however, have a thick, tall rhizome that grows aboveground like the trunk of a tree. Last but not least, a fern’s roots grow down from the rhizome, or sometimes the stipe. They usually do not branch out, but rather serve to anchor the plant while absorbing water and minerals.

The reproductive structures of ferns are called sporangia, and a group of several sporangia together is called a sorus (plural sori)—these are the bumps you see on the underside of fronds. The arrangement or pattern of the sori varies and is another way to identify different fern species. Sporangia are miniature sacks that produce the spores. When the sporangia are mature, they burst, releasing spores into the wind that are carried to a new location. The sporangia release millions, even billions, of spores over the lifetime of a fern, but most do not encounter suitable conditions for growth. If a spore is lucky and lands somewhere with proper moisture and light, it will eventually become a new fern.

The life cycle of ferns is a fascinating and complicated affair, but it has managed to work for millions of years. To begin with, a spore is not like a seed. Instead of germinating and making a new fern, a spore grows by cell division into a little green, heart-shaped, intermediary plant called a prothallus. The prothallus is inconspicuous; it is only ½ inch or less and lies flat on the ground, with its own simple root system to gather nutrients and water. It is this little plant that then develops the organs for sexual reproduction to make a new fern.

The prothallus grows male organs, which produce sperm, and female organs, which produce eggs, on its underside. The sperm must “swim” in a drop of water to an egg to fertilize it—which means that, with a few exceptions, water must be present for a fern to reproduce. Ideally, the sperm from one prothallus fertilizes the egg of another prothallus, thus mingling genetic material, but a fern can self-fertilize. The fertilized egg is then what takes root and grows into the fern plant we would recognize.

Even though only a fraction of the fern species that once existed remain today, ferns still demonstrate amazing variety. One of the most well known is the Boston fern, a popular houseplant with dark green, pinnate fronds that is easy to grow—and can take over if not contained. Maidenhair ferns are also a favorite indoor species, with their lacy, dainty fronds and contrasting thin, black stipes. Asparagus ferns are not related to asparagus, but they do have a very different look, with fronds composed of prickly, needle-like sections.

A fern of a different color is the Japanese painted fern, which has tapered fronds that are silvery purple—and this fern has the distinction of being able to withstand winter temperatures as low as -30 degrees Fahrenheit. Then there are the fern giants, like the ostrich fern with plumed fronds that grow to five feet in length, and the Australian tree fern that can grow to 30 feet tall, with 8-foot-long fronds and a rhizome “trunk” of six inches in circumference. All in all, these plants from prehistoric times have left a beautiful, varied, and fascinating living legacy! 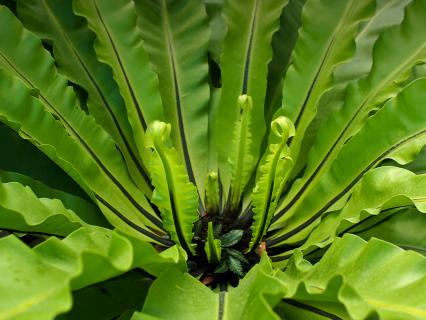 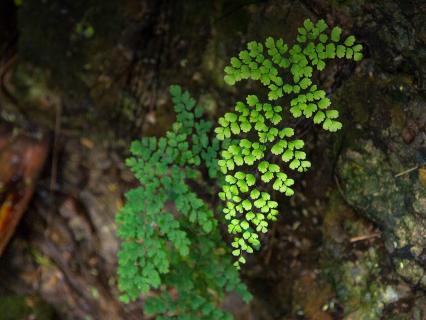 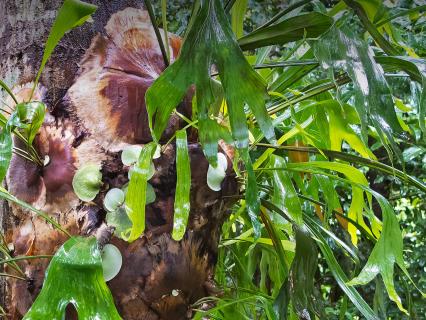 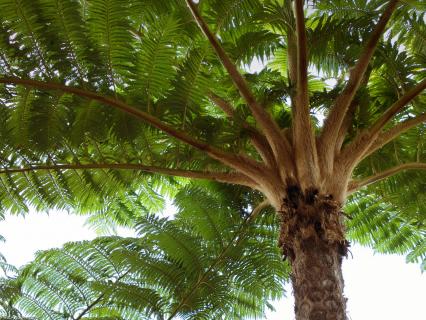 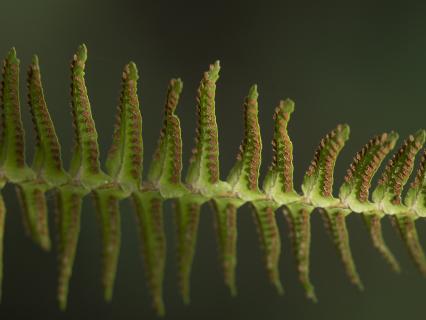 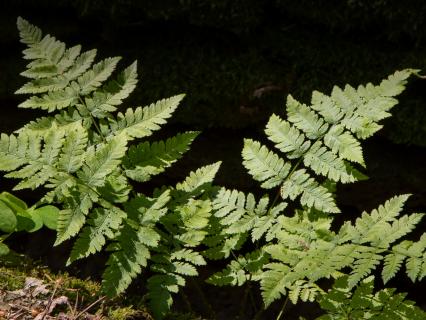