The Nubian ibex is the only ibex adapted to life in hot, arid regions of the world. Their shiny coats reflect the harsh sunlight of northeastern Africa and Saudi Arabia. This coat is also waterproof for times of rain. This relatively small ibex is distinguished by the striking, backward-arching horns of the male, which are long, slender, and ridged, casting a brilliant silhouette against the rocky, mountainous terrain of its surroundings. The impressive horns of males (up to 4 feet!) for defense and to impress females.

Incredibly agile, ibex spend their time in steep mountainous terrain, which would normally be dangerous for other wildlife. However, ibex move up and down the precipitous cliffs with ease, which plays a big part in predator avoidance. The main predators of the ibex are leopards, eagles, and bearded vultures. If threatened, an ibex rises up on its very strong hind legs and points its intimidating horns toward the predator.

An ibex's coat is a light sandy brown, with a white underbelly, and noticeable black-and-white markings on the legs. Bucks (males) have a dark stripe down the back, and older males grow a long, dark beard. Males grow much larger than females. During the October rut (breeding season), a buck's neck, chest, sides, shoulders, and upper legs turn dark brown to almost black.

Nubian ibex live on rocky, desert mountains with steep slopes and associated hills, plateaus, canyons, and wadis. They are located in small pockets over a vast geographical range, including Egypt east of the Nile, northeast Sudan, northern Ethiopia and western Eritrea, Israel, west Jordan, scattered locations in western and central Saudi Arabia, scattered locations in Yemen, and in southern Oman.

They are true cliff dwellers, typically only coming down the mountain to graze on grasses and leaves. They are extremely swift, and they often maneuvering down steep, abrupt terrain to graze during the day, and later returning to the safety of the cliffs at night.

Nubian ibex are diurnal, meaning they are active during the day and rest by night. The light and shimmering coat may help reflect incoming solar radiation, which allows the ibex to remain active throughout the day, even during the hottest summer afternoons. During warm summer nights, herds rest in high, open areas of slopes, allowing a variety of escape routes, should a threat arise. During the cooler winter nights, herds rest in more sheltered places, like caves or under overhangs.

Nubian ibex live in herds of up to 20 members, with offspring remaining with their maternal herd for their first 3 years. The "rut" (breeding season) occurs during the late summer or early fall, usually in October. The strongest males fight and compete for the right to breed by pushing against each other with their horns. Gestation lasts about five months and the majority of young are born in March. A litter size of one is usual, but having twins has been documented.

Ibex are primarily nonvocal communicators. Females often bleat during estrus, and males may make several clicking, nasal sounds, or bleats. But they rely more heavily on posture, eye contact, and chemical secretions to convey information to other individuals. Males display with their horns, body movements, tongue, or lips. An ibex shows its rump patch to indicate submissiveness.

The Nubian ibex faces numerous threats, although they vary depending on geographic location. Competition with livestock and feral camels poses a threat in Egypt and Saudi Arabia; and so does competition with expanding feral donkey populations in Oman. The fluctuation in availability and distribution of waterholes in Egypt is also likely to be a major influence on ibex populations. Habitat loss and degradation provides significant cause for concern. High numbers of tourists are found at watering, feeding, and birthing sites within Israel, and the extension of back roads, livestock encroachment, and other development pressures are quickly degrading habitat in Saudi Arabia, within the ibex’s remaining refuges.

Hunting is an additional threat. In Yemen, automatic weapons are owned by many people throughout the country; this is where hunting probably poses the greatest threat to the ibex. A general ban on hunting ibex was enacted in Saudi Arabia in 1979; however, poaching remains difficult to control in remote areas. Israel is leading the protection of ibex from hunting.

It is likely that fewer than 5,000 mature ibex live in their native habitat. The small size and fragmentation of remaining ibex populations is worrisome, because limited opportunities for dispersal may lead to reduced genetic diversity and decreased chances of survival. Because the Nubian ibex’s range includes so many countries, it is difficult to coordinate the same policies and conservation efforts throughout. However, it is essential that there is a cooperative effort between countries to maintain adjacent tracts of habitat and protect Nubian ibex.

The Nubian ibex dwells in multiple protected areas, including reserves in Egypt, Israel, Sudan, Saudi Arabia, Oman, and Jordan. In 1998, San Diego Zoo Wildlife Alliance sent a group of 22 ibex from the Safari Park to Jordan's Wadi Mujib Biosphere Reserve, which has multiplied to over 100 individuals.

Nubian ibex in the care of humans have a median life expectancy of about 9 years.

The Nubian ibex has an unusual grooming technique. Flocks of birds called grackles peck at the hides of ibex, looking for parasites and other insects. There is only one grackle per ibex, and the grackles often compete for “their” ibex. 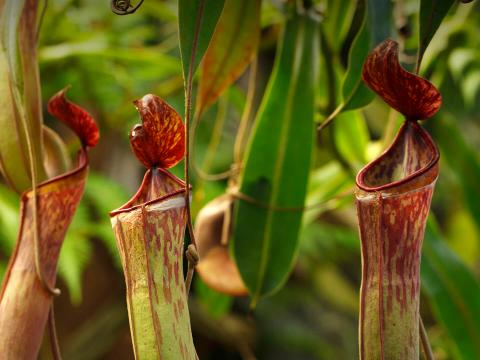 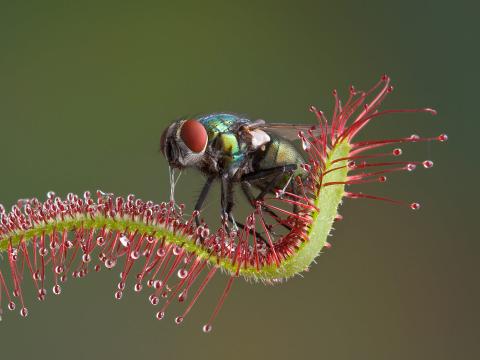