Pollinators in peril. Monarch butterflies Danaus plexippus are perhaps one of the most recognizable butterfly species in North America, known for their bold black-and-orange markings and milkweed-fueled metamorphosis from egg to adult. With their incredible migrations of up to 3,000 miles and annual overwintering aggregations in the trees of Central Mexico and California, monarch butterflies are celebrities among insects and true butterfly royalty. They range from Mexico northward to Canada in two populations: one on the eastern side of the Rocky Mountains and a significantly smaller group on the western side. Sadly, the future of these glorious creatures is in doubt—and the western monarch population is in an especially precarious state.

Warning signs. As caterpillars and adults, monarchs have striking colors that warn other animals of their toxicity, resulting from their milkweed diet as larvae. Despite this defense, monarchs are still vulnerable to predation in all stages of life. As larvae, other invertebrates, including ants and wasps, will attack. Adult monarchs must be wary of birds, one of the most common natural causes of monarch mortality in their overwintering locations. Their two main avian predators, black-backed orioles and grosbeaks, seem to be immune to monarch toxins and consume the insects in large numbers; however, this may be due to the decay of monarch toxins during their migration and overwintering.

Small but scary. Though tiny, parasites and parasitoids also pose a threat to monarch survival. Parasitoids are specialized insects that lay eggs inside other insects and develop by feeding in or on their host. Fly and wasp parasitoids often lay their eggs on monarch larvae, sometimes resulting in the monarch’s death. Parasites are smaller organisms that live and multiply inside the host, snatching nutrients and resources away. While not all parasites kill their host, they almost always negatively affect them. A protozoan parasite called Ophryocystis elektroscirrha (OE) is the most-studied monarch parasite. OE infections occur when monarch larvae consume parasite spores that have fallen from an infected adult to milkweed leaves; it is most often transmitted from adults to their offspring. While not typically fatal to monarchs, OE negatively impacts their survival, size, and life span, adding to the already monumental threats that monarchs face.

Two groups. Monarchs are native to North and South America, but have spread to other regions including Europe and the South Pacific. The North American population can be separated into two groups: eastern monarchs that overwinter in central Mexico, and western monarchs that overwinter primarily in central California. For all monarchs, milkweed is an essential feature of their habitat. Because different milkweed species grow in various environments, monarchs can be found in a wide range of habitats, such as prairies, wetlands, pastures, parks, and gardens.

On the move. Monarch butterflies are world-famous for their stunning annual migration. When the weather turns cool and days become shorter in the fall, these insects begin their long journey to overwintering habitats in central Mexico or coastal California, depending on their range (east or west). These habitats have the perfect mix of attributes that allow monarchs to spend the winter in a state of rest—protected from extreme cold, but not warm enough to waste their energy.

Locally grown diets. As caterpillars, monarchs rely on native milkweed species to survive. Once they transform into adult butterflies, monarchs feed on nectar from flowering plants. Along with other pollinators like bees, monarchs play an important role in the ecosystem, dispersing flower pollen as they flutter from plant to plant. Without pollinators, some flowering and fruiting plants would not be able to reproduce.

Family tradition. Monarchs are multigenerational, cycling through four to five generations that play different roles depending on the time of year that they emerge from their chrysalis. The first few generations reach adulthood in the spring or early summer; they remain in one location to feed and reproduce. The later generations, which emerge in the late summer or fall, migrate north or south. When the migrating adults reach their final destination, their eggs become the next first generation, and the magnificent cycle repeats.

What a life. Mating monarchs remain together from one afternoon until early the next morning (often up to 16 hours!). Females immediately begin to lay eggs after their first mating; both males and females can mate several times in their short lives. Like other butterflies and moths, monarchs undergo a metamorphosis that consists of four developmental stages: egg, larva, pupa, and adult. The entire transformation takes about one month to complete.

Monarchs typically lay a single egg at a time, directly onto milkweed plants. Eggs are miniscule—about the size of a pencil tip—and off-white or yellow in color. As females deposit their eggs, they secrete a stick substance that acts like glue, cementing the egg to the milkweed surface.

After three to five days, eggs hatch and larvae (caterpillars) emerge. The 9-to-14-day-long larva stage is when monarchs eat and grow the most, shedding their skin as they increase in size. Caterpillars will even eat their own shed skin. Their bodies have three distinct parts: the head, thorax, and abdomen. Short antennae allow caterpillars to feel and move around; despite six pairs of simple eyes, their vision is poor. Pairs of legs extend from each segment of the thorax. Some are jointed, or true legs, while others are hooked false legs called prolegs.

A pupa (chrysalis) is where the transformation between larva and adult is completed. As caterpillars shed their skin a final time, they spin and hang upside down from a silk mat, using their prolegs to attach themselves. The chrysalis begins as a green color; toward the end of the pupa stage, black and orange markings become visible through the hard casing as the monarch’s pigmentation develops. After 9 to 15 days, a butterfly emerges.

Adult monarch eyes consist of thousands of light-sensing receptors, called ommatidia. Their antennae and scale-covered palpi that protrude from the head detect molecules in the air and give butterflies their sense of smell. Receptors on their feet help them to detect appropriate host plants for their eggs.

A butterfly’s tongue is called a proboscis. The tube-like structure acts like a straw as they suck nectar and water, and curls into a spiral when not in use.

Western monarch populations have been in a steady decline since the 1980s, with an abrupt drop of 86 percent between 2018 and 2019. Counts from 2020 indicated a total of less than 2,000 migratory monarchs present in all of the overwintering sites in the state of California, their primary winter refuge. More than 200,000 western monarchs were counted in 2021—a substantial increase from the year before—though they remain vulnerable. Since numbers fluctuate naturally from year to year, one more severe loss in any year could render the population unrecoverable.

Along with habitat loss, pesticides, and a changing climate that disrupts migratory patterns, disease has emerged as a serious threat to monarchs. The devastating parasite Ophryocystis elektroscirrha, or OE, which is deposited on milkweed plants when infected adults land on them to lay eggs, is of particular concern. Drastic outcomes can include deformity or even death of the adult animal, but many infected adults will survive and continue to spread the parasite.

Migration breaks this host-parasite cycle, as does the annual dormancy in native milkweeds. Native milkweeds in California typically die back in the fall and early winter, effectively eliminating the parasite’s connection to the butterfly host. The same is true for milkweeds found in the range of the eastern population, but some of the southern states have warmer temperatures that lead to extended availability of a nonnative tropical milkweed and increased infection. In general, native plants are always the best choice for local wildlife; for monarchs, native milkweed is critical.

Currently, monarchs are a candidate for protection under the federal Endangered Species Act: Warranted but Precluded, and are classified as a California Department of Fish and Wildlife Terrestrial Invertebrate of Conservation Priority. The incredible migration of western monarchs, a unique yet fragile piece of North America’s natural history, is on the brink of collapse.

San Diego Zoo Wildlife Alliance is a leader in the protection of western monarchs, and in raising awareness about their plight as partners in the Monarch Joint Venture and through the Association of Zoos and Aquariums’ Saving Animals From Extinction (SAFE) North American monarch program. You can join us in creating a safe world for monarchs by planting native milkweed for caterpillars and nectar-producing plants for adults.

Incubation: 3 to 5 days, depending on temperature

Age of maturity: About 1 month

Monarchs migrate to the same forests year after year, flying to the same groups of trees as their ancestors before them.

A monarch’s wingspan is determined by the size of the larva when it enters the pupa stage. If the monarch ate enough as a caterpillar, it will have a larger wingspan; if food was scarce, its wing length will be shorter.

Adult male and female monarch butterflies are similar in appearance. Males have a black spot, called an androconial patch, on a vein on each hind wing. Females are often darker than males and have wider veins on their wings. 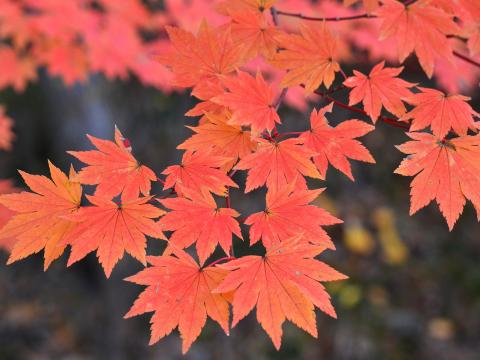 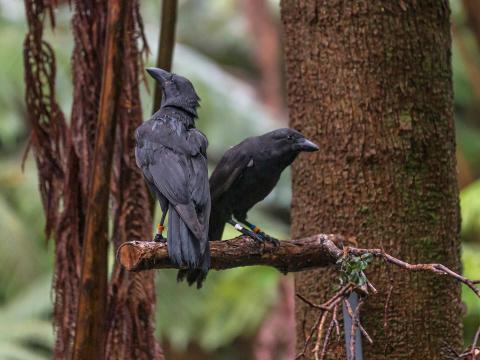 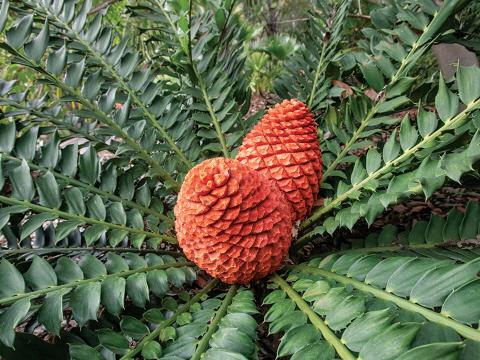 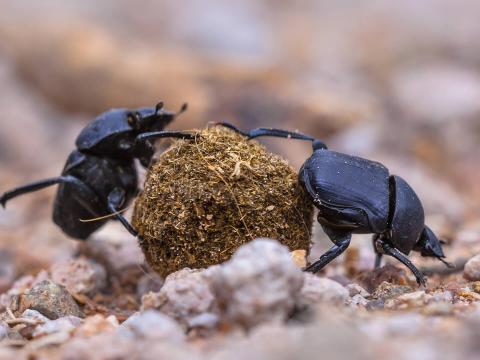