Wonderful wading waterbirds: Ibis are medium-size to large wading and terrestrial birds, related to storks and very closely related to spoonbills. They have a longish neck and legs, and the males are generally larger than the females and have longer bills.

All ibis have bare spots, usually on the face or throat. The sacred ibis, black-headed ibis, and Australian white ibis also have featherless areas on the breast. These bare areas turn a deep red during the breeding season. Bald ibis have, as their name implies, bare heads. Long legs and toes help make all ibis just as comfortable walking as flying or perching in trees.

Ibis have helped humans all over the world. These birds rid gardens and crops of insects and other small wildlife that are harmful to plants. Thank you, ibis friends!

Ibis are often associated with wetlands  in tropical and subtropical habitats, but some like to live out in open meadows, farmlands, and grasslands, while others prefer forests and woodlands. Most ibis are found at sea level, but some ibis live in mountain regions, either in dry woods and grasslands, forests, or marshy mountain meadows. Nesting sites may be found in tall trees, bushes, and even the side of high cliffs. Most nest sites are found near the water.

The long, thin bill of an ibis is perfect for probing in water or mud, or even in cracks in dry ground, in its search for food. The ibis uses its bill to feel around for tasty items such as grasshoppers, beetles, worms, crustaceans, fish, and carrion. Sensitive feelers on the inside of the bill help the ibis identify food before it even sees it. The bird's nostrils are at the base of the bill, rather than at the tip, so the ibis can breathe while sticking its bill in the water or mud!

White or black, brown or gray, or even a bright orange-red, the coloration of ibis feathers is related to their feeding behavior and habitat. The scarlet ibis is one of the most striking of all the ibis types. It gets its pink, orange, and reddish color from the rich source of pigments in the algae and small crustaceans it eats. Its legs and feet are also pink, and adult scarlet ibis have dark blue tips on four of their outer primary feathers.

At the Zoo and Safari Park, the scarlet ibis are fed a dry diet that is made for flamingos. The diet has balanced nutritional content to supply the pigments they need to keep their beautiful scarlet color.

Most ibis live in large flocks, feeding, resting, and preening throughout the day. They even fly in flocks, either in a regular line or in a "V" formation grouping, from roost sites in trees to feeding grounds and back. They beat their wings in unison and even go from flapping to gliding at the same time. Ibis nest in groups that can number from hundreds to thousands of breeding pairs.

Breeding season for ibis varies, depending on the species and its habitat. Ibis are normally silent birds, but during breeding season they may surprise you! Both males and females may make squeaks, wheezing, and loud breathing sounds. Females also make a special vocalization when calling their young.

Nests for young ibis are made in trees, bushes, cliff ledges, caves, on bare ground, or even on telephone poles, near water or over it, depending on the species. Both parents prepare the nest for eggs, using grass, twigs, or reeds, depending on habitat, and both take turns incubating the eggs. After hatching, the chicks are covered in gray, brown, or black down; bald ibis chicks have gray hair-like feathers on their head until they become fully mature at two years of age and lose those feathers to sport the bald head that is attractive to potential mates. Ibis chicks have a straight bill when they hatch that curves as the chick grows.

The parents take turns feeding their chicks; the chicks stick their head into a parent’s mouth to get regurgitated food. Ibis chicks fledge from 28 to 56 days, depending on the species, but are not fully independent until 1 to 4 weeks after fledging. And some, like the northern bald ibis, stay with their parents for much longer to learn feeding and migration patterns.

Living in a flock can help adult ibis guard against predators. Depending on the habitat, eggs may be preyed upon by monkeys, birds of prey, snakes, iguanas, or crows. Eggs and chicks often fall out of the nest. Pesticides affect the success of chick hatching in some varieties, such as the white-faced ibis of North and South America. Life is not easy for young ibis!

Most ibis are fairly abundant, but there are some types that are very rare and are in danger of becoming extinct. The dwarf olive ibis Bostrychia bocagei, Waldrapp or northern bald ibis Geronticus eremita, white-shouldered ibis Pseudibis davisoni, and giant ibis Thaumatibis giganteaare are at critical risk. Their dwindling populations are due to many factors, including intense hunting, drainage of wetland feeding habitats, commercial logging of nesting trees, and pesticides. Managed care in zoos and reintroduction to their native habitat may be the only way to save them.

Up to 25 years in expert care

Number of eggs laid: 1 to 6, depending on species

Age at fledge: 25 to 55 days, depending on species

Age of maturity: 2 to 3 years, depending on species

There are now more Waldrapp ibis, also known as hermit ibis or bald ibis, in human care than in the wilderness. Only one flock is known to exist in its native habitat, found in North Africa and totaling about 100 birds.

The African sacred ibis was considered sacred in ancient Egypt but is now no longer found there. More than one million ibis mummies were found in one group of tombs in Egypt.

The ancient Egyptian god of wisdom was depicted as a human with the head of an ibis. 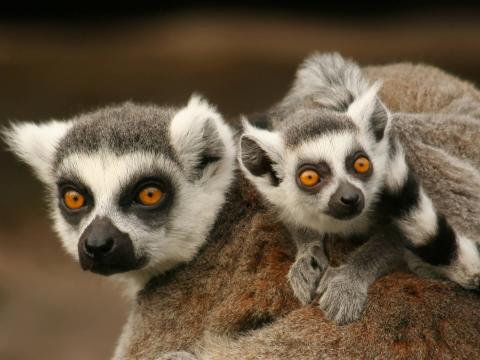