This little piggy… isn’t a pig at all! Guinea pigs, also called cavies, are stout little rodents from various regions of South America. The best known of this family is the domesticated guinea pig (Cavia porcellus) that is commonly kept as a pet, and is broken down into approximately 13 breeds.

It’s believed that the Incas domesticated guinea pigs more than 3,000 years ago, and Spanish explorers brought guinea pigs back from the Andes of South America to Europe, where they were kept as exotic pets. The other members of the genus Cavia can still be found in the wilderness across the continent.

So where did the name “guinea pig” come from? Theories include that one guinea was the cost of one in 16th century England; the name could reflect on the squealing sound the rodents make; or that their meat is similar in taste to suckling pig. It’s also possible that ships leaving the port of Guiana in South America or Guinea in West Africa may have transported the rodents to Europe and the name stuck.

The extended family.  Guinea pigs are more distantly related to the rodents in the genera Microcavia, Galea, Hydrochoerus, Kerodon, and Dolichotis; which include other cavies, capybaras, and maras. The greater capybara Hydrochoerus hydrochaeris, for example, is the largest rodent in the world.

A family resemblance.  While the various types of cavy differ in size, there are some shared characteristics: a stout body, a short tail, a large head with short ears, and continuously growing, flat-crowned jaw teeth (20 of them). Their dense, coarse coat ranges from olive-, cinnamon-, and reddish-brown to yellowish-gray. Some, such as the greater guinea pig (C. magna) sport shiny black streaks down their backs. Underparts are usually whitish to gray. The soles of their feet are hairless and claws are sharp. When it comes to domestic guinea pigs, a range of colors, hair length, and coat texture are possible.

Savanna to scrub.  Cavies are found across the South American continent, in open areas ranging from moist savannas to thorn forest and scrub desert. They live in low elevations right up to 16,000 feet (5,000 meters). It’s almost any port in a storm for the cavy—grasslands, forest margins, swamps, and rocky areas are all home, sweet home to some cavies. Their range runs from Venezuela to southern Patagonia, but they are not found in western Chile or most of the Amazon River basin.

Anybody home?  If cavies don’t “dig” their home, they find the home of other wildlife that have moved out. They den at night in burrows that they have excavated or that other mammals have abandoned. Some also find shelter in dense vegetation, in rock crevices, or under brush piles.

A day in the life.  Cavies are terrestrial and colonial, active during the day (diurnal) or during early morning and evening (crepuscular). These social rodents are herd animals and stick together when feeding or grooming. Quite expressive, guinea pigs communicate via chirps, purrs, rumbling, and squealing.

A link in the chain.  Cavies certainly play a role in keeping their ecosystems running—they mainly eat plant material, but are prey for various mammals, birds of prey, reptiles such as anacondas and caimans, and even humans. Guinea pigs' meat is a part of people’s diets in some areas of South America. The rodents’ docile nature also makes it a common subject for research.

Eat those greens. Cavies chow down on whatever vegetation they can find—grasses, leaves, and fruit. At the Zoo, the guinea pigs’ diets include greens, root vegetables, and hay. Veggies, hay and high-fiber herbivore feed are on the menu for capybaras and maras.

Lots of little ones.  Male cavies are called boars and females are called sows. Following a gestation period of about two to three months, the sow gives birth to a litter of pups. While the average litter includes 3 or 4 babies, as many as 13 babies is not unheard of, especially with domesticated guinea pigs. Though pups nurse for nutrition, they can also eat solid food as soon as they are born. At three weeks, the babies are weaned, and they are fully mature in two to three months.

The San Diego Zoo is home to domesticated guinea pigs, as well as Patagonian maras and greater capybaras. The guinea pigs will live in the Sanford Children’s Zoo, slated to open in 2021; the capybaras live in Elephant Odyssey, and the Patagonian maras share a habitat with giant anteaters near Skyfari West.

Status. We use the following terms, based on the International Union for Conservation of Nature (IUCN) Red List of Threatened Species: Extinct, Extinct in the Wild, Critical Risk, Endangered, Vulnerable, Lower Risk.

Four species of guinea pig—Brazilian, montane, shiny, and greater—are of least concern. There is insufficient data for the Sacha guinea pig, and the Santa Caterina’s guinea pig (or Moleques do Sul guinea pig) is critically endangered, due mainly to the fact that the population of fewer than 50 individuals lives in a small area of Serra do Tabuleiro State Park on Moleques Island do Sul, in the State of Santa Catarina, Brazil. People have free access to the island and protected area enforcement is not strict.

Length: 8 to 16 inches (20 to 40 centimeters), depending on species; males are longer than females

Guinea pigs have 14 toes—4 on each front foot and 3 on each back foot.

In Germany, guinea pigs have been called meerschweinchen, which translates to “little sea pigs.”

Guinea pig pups are born with fur and their eyes open. 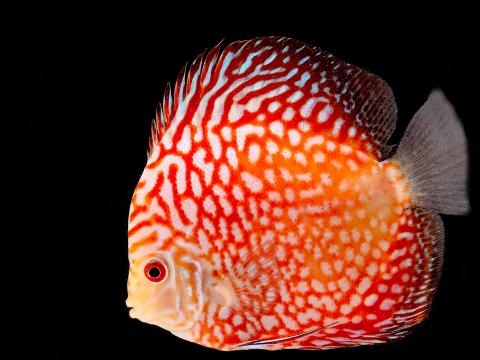